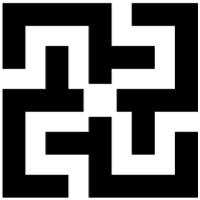 UAC Nkanea means "UAC lights". It is the symbol of technological advancement.

Several of the symbols in the adinkra cloths record social changes that have been brought about by both external and internal factors. 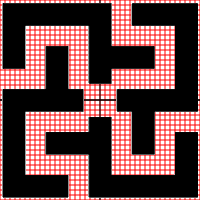 We will use the template.py file and rename it to uac.py.

The code for step 1 is shown below:

Steps 2 to 13 repeat so we will use a function that draws the portion of the shape in a quadrant.

The code for the function is shown below: 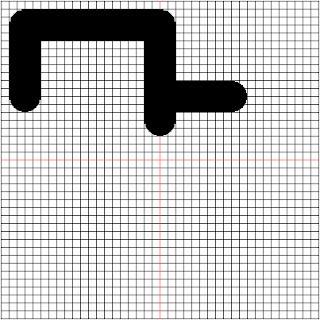 Moving in a clockwise fashion, they are:

The code to call the functions is shown below: 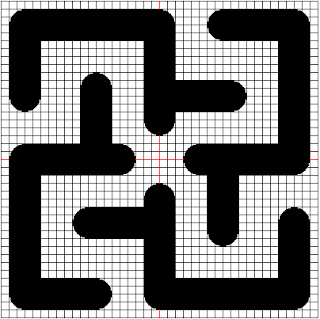 At the end of this section, we have successfully drawn the UAC Nkanea symbol.

This post is part of the series: Drawing Adinkra Symbols using Python. The goal is to draw 40 Adinkra symbols using the Python programming language.
Posted by Unknown at 20:29