This is Not the End

This is the first time an Adinkra symbol is shown in the movie.

The Wawa Aba is the symbol of symbol of hardiness, toughness and perseverance. It literally means "seed of the wawa tree".

The seed of the wawa tree is extremely hard. In Akan culture, it is a symbol of someone who is strong and tough. It inspires the individual to persevere through hardship

The symbol is shown below: 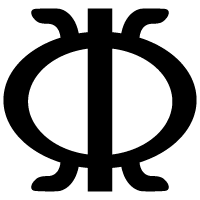 This series was borne out of a desire to fight for the little bits of African culture that remain after the last 500 years of devastation.

The search is on for what parts of our cultural heritage we can use to build the life of our dreams. Everywhere you look, the African lives without quality and dignity.

However, we cannot be aided into development. Any sustainable development must come from within. I believe that the key to unlocking our potential lies in remembering the past.

As at this writing the movie Black Panther has become the ninth-highest-grossing film of all time.

Its success points to the fact that there is a hunger for content that elevates African dignity.

A lot has been lost. To bemoan the past would be to lose sight of the battles we can win right now.

The battles we can win right now are the battle against our ignorance of self, a lack of unity and a lack of support for the little we have left.

This is Not the End.

But for this blog, this series has come to an end. I will be reviewing and rewriting the contents of Drawing Adinkra Symbols using Python on my author platform later in the year.

I am a recipient of the Google Africa Challenge Scholarship Program so I will be out of action for the next 2 months. I need to focus that time on finishing the course as best as I can.

So my journey on this blog has come to an end.

I shall condense the contents of this series into 42 blog posts as soon as I get back from participation in Phase 1 of the Google Africa Challenge Scholarship Program.

You can sign up for my newsletter to stay in touch.

It's been 46 weeks since I started this series. I am grateful to be able to close the curtain on it.

See you at my author platform.

This post is part of the series: Drawing Adinkra Symbols using Python. The goal is to draw 40 Adinkra symbols using the Python programming language.
Posted by Unknown at 18:25