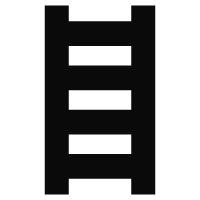 Owuo Atwedee means “the ladder of death”. It is the symbol of mortality a reminder of the transitory nature of existence in this world and of the imperative to live a good life to be a worthy soul in the afterlife.


We will use the 5 pixel grid to trace out this image. The image of this is shown below: We will use the template.py file and rename it to owuo.py.

The code for the first six steps is shown below: 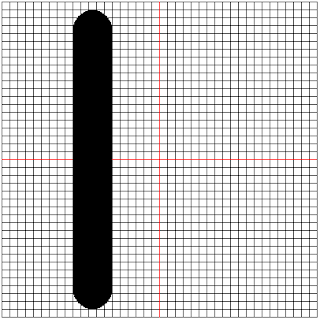 For steps 7 to 9, we simply need to lift up the pen, move it to the position of the next vertical lines and draw. The code to do this is shown below: 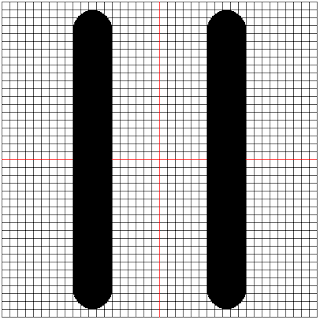 Draw the rungs means finding the distance from (-85, -135) to (85, 135). There is no need to use the coordinateDistance function as the distance between the two points is 170 pixels.

Since steps 11 to 14 are essentially the same with only the points changing, it makes a great candidate for a function. We shall create a function called drawRung which will draw the rungs of the symbol. The code for this function is given below:

The image generated is shown below: 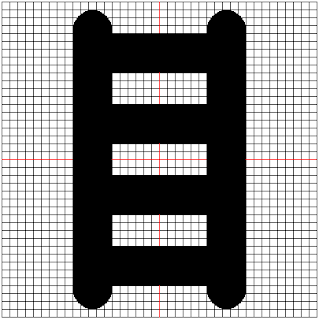 This symbol was one of the easiest symbols to draw. At last we are gradually approaching the end of this series.
Posted by Unknown at 05:38