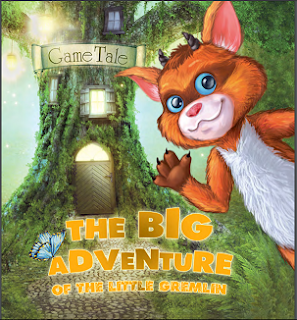 Once upon a time, maybe five hours ago, or three minutes from now, there lived a man. He and his family dwelled in a small house in a very small village, in a very small country, but he had BIG ideas. And so one night he began to write a book for his very small son. The book was unlike any other. Yes, it was funny and full of kindness and adventure, but most important of all, the book was magical! It was so magical that even had twenty different endings!

But this man, he was really kind of strange, so he decided to give away his magic for free. Many people told him that he is crazy and that magic costs money. But he said 'magic is not mine to sell' and uploaded his work on the internet.

And that's how those books grew up to be TOO BIG for the small country and decided to go on a BIG adventure! So how does the story end? Well, this is a magical story and the ending is up to you!

Now over to me


Every once in a while, you find a story that inspires you. I found this project on Kickstarter and just had to share it. Please support in anyway you can.

Nigerians aren't allowed to donate but you can visit the project site and download the books for free.

Spread the news about this project.
Posted by Unknown at 11:00

Email ThisBlogThis!Share to TwitterShare to FacebookShare to Pinterest
Labels: Kickstarter